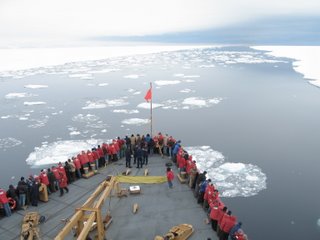 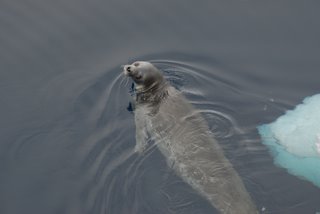 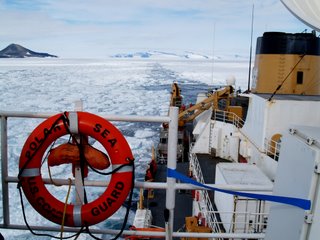 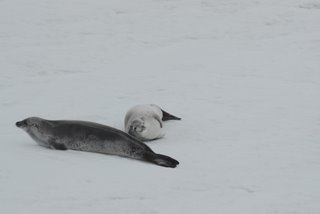 Posted by petoonya at 5:28 PM No comments: 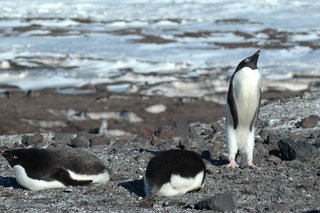 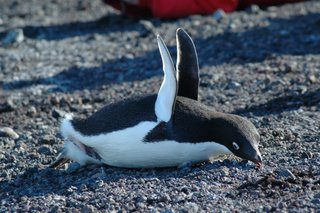 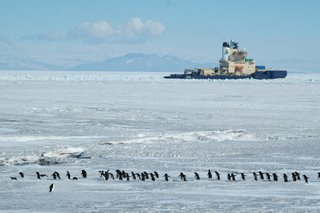 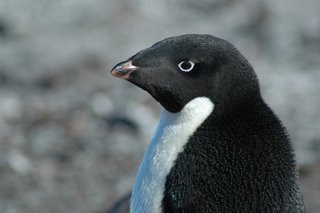 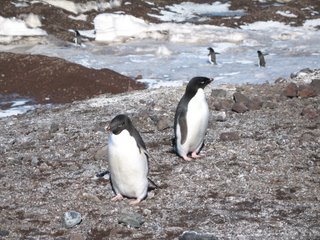 Posted by petoonya at 5:13 PM No comments:

Trip to an Exotic Island? 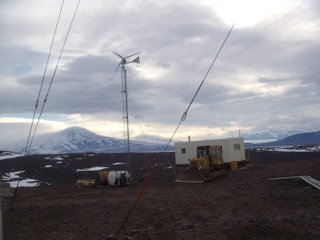 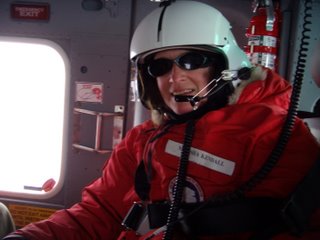 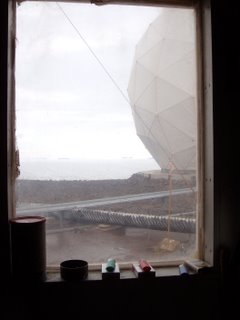 Not with sand and palm trees, as the word "island" suggests, but to a dirt brown, wind battered, hunk of rock called Black Island. It's a mere 10 minute helo trip (my first!), but I was giddy with anticipation. I knew I would be working, doing grueling inventory involving the counting of zillions of tiny connectors & thingamajigs, but it was with a really cool co-worker, and to a place that sounded exotic & was manned by a staff of 3. When I got off the bird, it was so windy that the station manager had to drag me to the house by hand...little did I know this would be my last moment of "outdoors" until I left two days later. It was like walking into a stranger's house after you'd run out of gas near their front yard. We tried to stay out of their way & do our work, but I was situated in a narrow hallway near the only bathroom ("poop in bag" style) so the working conditions weren't ideal. It felt a little awkward the first day...there were a couple of other townies out there building a road, & we all had a quiet (yet delicious) meal together. When I got into my top bunk with about an 8" clearance from the ceiling, I heard the wind howling outside like a hurricane - & had a surreal feeling that I was having my first glimpse of what it is like to be at a field camp or to be at some austere Antarctic outpost. Getting "out of town" is what we all aspire for. Some folks have jobs that take them out of town, but the rest of us have to do our time on station. People are insanely jealous of anyone who gets to get on a heli, herc, or twotter (twin-otter) to go anywhere, because that says you've paid some dues - done your time -or shone somehow at work. I had gone through a huge knot of resentment as I watched all season as people were getting to go places - I was paranoid I'd been forgotten, but my turn had finally come around. The actual hour to hour life there was not stunning: I spent most of my time alone counting things in a cold dark hallway, would tiptoe around Tony & Jess who were preparing meals, watching tv or resting. I would lie on my bunk after dinner with a flashlight reading a book I'd skua'd that turned out to be a disappointingly shallow travelogue. We spoke in whispers & I never got to walk around the island or see anything other than what you see pictured here. The camp boss forbade me to go outside as the wind never died down - it was just too dangerous. But some subtle transformation happened to me by the second night...I crawled into my cozy bunk with my book just suddenly blissed out at my exquisite solitude & change of place. I didn't want to leave...I was praying for a weather delay...I had epiphanies & dreams & thoughts that never have the space to emerge in my routine at Mactown. I got something I desperately needed deep down in my soul, and I don't even know what that was-but a lot of crappy stuff just melted away. Maybe it was just a trip out of town, the change in routine, or just being gone...but it is so interesting & delightful to think that something is going to be one way & it turns out to be another way...I thought there would be hiking & lovely scenery & ribald evenings laughing together in the living room - but there was none of that! But I think that what was there was some sort of desolate barreness that I was absolutley aching for....it's like the universe had conspired to get me what I needed because it knows I am usually misguided in this department...I just knew I was tightly wound & was about to pop. When I got back from BI I was relaxed & had a sparkle in my eye & a calmness in my gut that I don't remember ever having but a for a few other moments ever...people keep asking me if I had FUN!! out there, and my answer is "no, I didn't have "fun" (deep breath intake as I pause to think about what kind of time I had)- I had something better than fun." I've probably had several lifetimes worth of "fun". It has taken me many years to realize there are states of being other than excitement & depression - and I am getting more comfortable exploring that limitless gray area between misery and joy....
Posted by petoonya at 7:37 PM 1 comment: