I've Been Cheating on My Blog

I feel like I've been "cheating" on my blog with facebook. I've been blogging for several years and facetubing for only a few months - & whereas I have some responsibility to my readers & myself to at least attempt to make an interesting blog posting, there is only the quick "status update" on friendbook, and that addictive, stressful time waster of looking at everyone else's status, which eventually leads to me comparing my life to theirs. Is someone doing something really cool & I'm not! (probably). Am I doing something really cool and want everyone to know! (most definitely). I've seen some of my more embarrassing character traits in the months I've been doing facebook - comparing, one-upping, bragging. On the positive note I have had some rich reconnections with people from 30 years ago, but other than that it seems to be a stressful and competitive dance (I'm sure there are lots of healthy people using it with much more benevolent feelings.) Like a committed relationship, writing requires work - and though it is probably obvious that a lot of work does not go into my postings, the writing is in itself rewarding. Since I am someone who has been writing all of their life (and has to really work to make stuff not too long), fb requires nothing but a clever quip. The status updates I enjoy are the ones where someone is "drinking coffee" or "about to go to work." I probably have too much pride to write about stuff like that, so I wait until I'm going on a trip to update my status, because, of course, I have to appear interesting at all times. So I use the word "cheating" because fb does not require me to have to labor through writing. And whereas I used to sit in coffee shops & blog fairly regularly, I now find myself facebooking, and it feels really important & interesting while I'm doing it ( just like drugs!), but ultimately it's a letdown. It's not the real thing. I know fb is not a substitute for a blog, but I have many blogger friends who are now on facebook who are doing the same thing I am: updating their fb status while neglecting their blogs, yearning for the vein of gold that is tapped into when one keeps writing. I know lots of people who say they "can't" or "hate" to write. And these are very intelligent & articulate people. I don't believe them. I think they are just not in the habit. I have been doing this for so long (not "blogging" per se, as that was only invented a few years ago). What I loved about creating this blog was that I got to have the satisfying writing experience that I'd had in college all over again - just being able to go on about something that really interested me, but at the same time having to work to make it make sense. No one is grading this though - and it's probably about a "D."
I was in Denver last week at the headquarters of my Antarctic employer. It was a heady experience seeing the familiar faces & feeling as if I were rejoining my "tribe" again - though I was not there for deployment purposes. The office is in a generic suburban office park, barren and sterile, the people your average slump-shouldered office workers, but this building & these people represent my Great Love. I can honestly say I would work there for no pay - that's how much I love it. I used to use up so much energy explaining to folks who thought I was crazy to want to work there how awesome & life changing it was - but I don't waste my time doing that anymore. I think the non-Ice life is crazy: traffic, house tending, gardening, having to feed myself - it's all so weird to me now. I was always so uncomfortable with my life when I worked 8-5 in an office & went to my home every day. I always knew it wasn't me - and when I found the Ice I found what was me - at least what was important to me. Life is pared down  to so little down there that my soul has time to flourish! The energy usually spent driving around, grocery shopping (which I never did anyway), messing with a domicile (was never interested in it) is completely freed up to find new heights of creativity and solitude in the mind. I took a season off. I miss it like I'd miss my arm if it were missing. I've learned my lesson: no more "taking a season off." It has f&*d me up!
Not to say there isn't something to learn from doing things which go against oneself. It is fascinating to get off track, to get lost, to feel like the bottom has dropped out, even to fall apart. It is ok to do something different to see what happens. It is interesting and probably necessary to "fail" now & then. In improv class when we make a mistake, we bow and proudly say "I failed!" and everyone claps. It is the only time we reward or applaud in class. Failure meant you took a risk. So, really, you didn't fail. I used to be terrified of being thought of as a failure because that is what I thought I was deep down. Now I feel more like I just try different stuff & some of it works out & some of it doesn't, and in the grand scheme of things it's all really okay. I mean, I'm just a speck in the Universe. Who the heck is going to care about my paltry little life 5000 years from now. What a relief, no?
Posted by petoonya at 8:14 PM 2 comments: 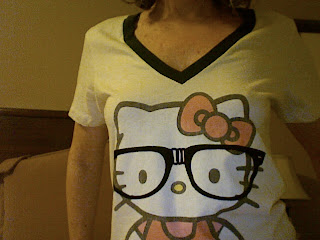 Lately I keep hearing myself say I've gotten "off track" by not going down to the Ice this past austral summer. When I first went down in  '04 I knew I didn't ever want to do anything else. This was "it" for the rest of my life, as long as they'd let me go down. After four seasons and for several different reasons I decided to take a season off, and I've felt off kilter and funky about it all season. I've wailed to whomever would listen that I'd turned my back on my "dream," that I was sabotaging myself as I sometimes do, and basically just conjured a bunch of sturm und drang that clued me in to the fact that I was once again not living in the present, not appreciating all the really groovy stuff I got to do by not going to the Ice, and most insightful for me: seeing how I believe there can be a "wrong" decision and that I don't act in my best interests. I had a contract doing something really cool & badass at South Pole & turned it down, and would not have done that without a good reason. I had several good reasons, but the point of this particular ramble is that I don't trust the flow of my universe sometimes, and like to kick myself mercilessly about about a decision, instead of just saying 'what's next!' It's part of my grass is greener problem, which I am not having now as I am in one of my blissful states: a painting workshop in San Francisco, a city I love, with an amazing teacher and some beautiful yummy girlfriends.
I debated on whether to post this photo as it has a creepy cheap porno vibe that I assume is a result of my computer camera and hotel lighting combined with the awkwardness of trying to photograph myself with a laptop. That, the headlessness, and my stance as I try to get the shirt in right for the three second countdown give it a tawdryness that looks like I'm trying to post a saucy photo (lol!) of myself, but is betrayed by the hilarity that those who know me see I found a Hello Kitty shirt where she's sporting my glasses (and their "flocked!"). I would be in trouble if I lived here buying uber cute shirts (this one was a whopping forty dollars! And probably not available at my local Sanrio shop - and an aside: I get in touch with the creepy consumerist in me: after an intense and humbling walk through the Tenderloin, checking out Glide Memorial and all the cool cheap restaraunts, I was suddenly in the sparkly White world of a shiny mall, transfixed by Japanese tsotchke, and treating my credit card like monopoly money as I do on trips. $92 and 3 Hello Kitty clothing items later, I am weaving my way back to my hotel near the 'Loin dodging people shouting at me, conscious of my bright pink Sanrio sack being toted through acres of grey homelessness.) and ultra nerdy glasses frames. Going into Sanrio (or the Haight) here is dangerous for me, as I call myself a non-shopper, and in the past I had a 1000 item HK collection that I eventually dismantled and sold, but was a joy to collect in an odd period of my life in my early 30's. I have this gorgeous photo of the Golden Gate bridge in blinding sunlight, but I posted a GG photo when I was here in June, when it was nice and COLD, but now it's warm and sunny. Oh well, my frenemy the Sun, loves to follow me wherever I go...but I digress...
I have been waiting to hear about a winter job on Ice that would start in March or April, and now I won't deploy unless someone drops out. I will go to Denver in a couple of weeks to do the pq process & enjoy some snow sports, but I have already decided that I will wait until the final boat has sailed, and then I will deploy Plan B, which is ramping up my solo travel activities to include a big trip to someplace I've never been, possibly a long freighter cruise, or a summer working in Alaska. My Plan B sounds like so much fun that if Plan A falls through I won't have too long to shed tears. I'll just have to kiss my honey goodbye again, and carefully monitor funds so I can make it til next summer deployment...where I'm sure it will feel, once I'm down on Ice again, that I never left, and that I am back home.
oh yeah, I forgot: it didn't fit in the photo, but the bottom of the shirt says "Talk Nerdy to Me"
Posted by petoonya at 10:29 PM 2 comments: