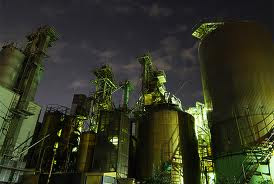 Hallo, I said hello-o-o...starts the song at the end of the Yellow Brick Road album. We (my sister and me) were so obsessed with Elton John in junior high that we spoke, dreamed and talked of nothing else. He was our god. As we begged for and received each new album we touched & treasured them (and played them compulsively) as if they were objects d'art  and centered our lives around this man's music. Even though a lot of the lyrics seem insipid today..I can still belt out every word to every song of his 70's oeuvre. Listening to his music provided me my first experiences of euphoria...I had not had any joy in my young life, and now it had arrived, and I yearned and pined to meet this man in the twisted and programmed belief that this inner intimacy I felt in communion with his music had something to do with some ideal of romantic love. My next Yellow Brick Road was Born to Run, then in 1979 I fell into the local new punk rock scene and the euphoria exploded upon the first notes of a song at the club and the endless river of booze. I loved drinking, punk rock and freedom. And I had all of that in 1979.

But the Harmony I intended to write about here was Harmony Korine. As I pack for a my first trip to Norway, I was looking for some films shot there to get some visual markers. Norway is not really on the American radar. But last night was I was surfing streaming Netflix (weird) I found a doco on the Black Metal scene in Norway. Score! Lots of cinema verite footage of Oslo and Bergen, but more interesting, the incredible intelligence and thoughtfulness of some of the musicians. I was enlighten to a whole genre of music I had previously written off and am now quite interested in. They have Bill Maher's political leanings and look like their wearing Halloween goth costumes, speak perfectly unaccented English, and have a soulfulness that has made me redirect how I am going to spend some of my time in Norway (less yarn, more metal).

As a film geek, I have always loved auteurs, but have problems with some of the really dark, dada and Dogme 95 stuff. Lars von Trier's work is beautiful and heavy (Dancer in the Dark, Breaking the Waves) but I thought Melancholia was uninspired crap. It reminded me of my least favorite female director, Sofia Coppola, whose stuff is so cold and characters so brain dead you hope they all kill themselves...contrary to the uber warmth and love I feel for someone like Miranda July. I should like Harmony Korine. He is a real artist and does not compromise his work, was part of Dogme 95 then wrote his own manifesto, and his films receive a lot of praise. I know a beautiful suburban housewife who watches "Gummo" as her Christmas Day ritual (!). I have never been able to sit through Gummo. I guess I have an un open-mindedness to some types of art - I feel Harmony will take me someplace (dark, white-trash, filthy) I can't come back from. I watched Julien Donkey-Boy with a whole tiny Antarctic Station and that was doable because I wasn't alone, which is how I usually view films (something about seeing this sort of film alone terrifies me)...but it was expectedly revolting, (starring Werner Herzog, who is a big fan) and I guess I need to be moved by art, not just repulsed. I have a strong reaction to fictionalized brutality towards humans and animals...and when it is forced upon me, I want to run. I don't feel Harmony is revealing anything interesting to me about life or humans or the universe.

So Harmony showed up in this doco I saw last night (Until the Light Takes Us) that was beautiful and touching and very well made. He loves this music and this black metal scene and grocs what is all about. The guys who started it were basically acting out in anger what intellectuals write about when they are writing about the tyrannical spread of Christianity (or any religion). People thought they were Satanists  -they burned down some churches, they were anarchists. But they truly felt major religion had killed the Viking soul, and decided to be a bit terroristic about it while plugging away at their art.

I want to examine my resistance to even sitting through an entire Harmony Korine film. I have disliked certain revered filmmakers before. I walked out of The Tin Drum, and flunked the test over it in college, but I just wasn't going to force myself to watch it. I sat through Effie Briest, and after that decide life is too short to sit through directors' mental masturbation movies. Maybe I'm a not a purist. I didn't like Tree of Life or Lost in Translation, but have watched Rumblefish 100 times. I always loved Woody Allen, especially after his "funny period" when he got serious and fans jettisoned. Crimes and Misdemeanors is a masterpiece. He is the greatest American auteur.

People keep asking me if I'm excited about my "vacation" as I start the journey to Norway/Denmark/Scotland. I say yes but don't say that I don't see this as a vacation in the traditional way people think about that sort of thing. I'm not vacating anything. I'm traveling, which is what I do now as sort of a part time gig. It's time to travel again...my soul requires it...I worked hard to realize the childhood dream and now have to keep honoring it.

Finally, I remembered my point! I just read this, a quote by Harmony:  "to me, the most beautiful thing in the world is an abandoned parking lot and a soiled sofa on the edge… with a street lamp off to the side. America seems like a series of abandoned parking lots, streetlights and abandoned sofas."  Ahh, now I know why I love his aesthetic but not his finished artworks. To me, the most beautiful thing is a dark overcast sky over a dirty factory glittering at dusk, alit; pumping out black smoke, above dirty rumbling railcars littering a rail yard. And that: repulsive to most people I'm sure. The ugly underbelly of American, we both love it, Harmony and me.
Posted by petoonya at 9:24 PM No comments: