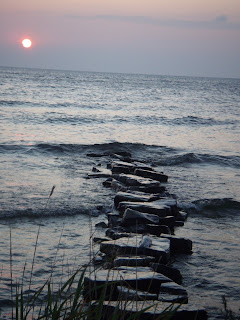 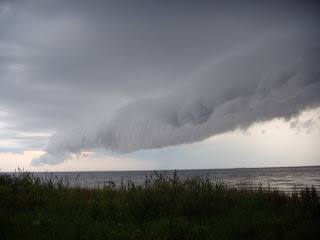 It's been a while since I've written, but I've been away from wifi & cell service for the past two weeks. I'm staying in an enormous old house in Door County, WI (top of the peninsula), specifically in Egg Harbor. The house is right on Green Bay, which is great for swimming, sunsets, and goose watching. I'm with my oldest & dearest friend, her family (which includes two great kids) and a variety of friends & family members who drift in & out for various lengths of stays. The summer heat is not brutal up here, so it is livable, and my favorite town here, Sturgeon Bay, has very affordable housing. These are my favorite photos so far (taken a few steps from the house), as they come at my favorite time of day: when the sun starts to set and I heave a hugh sigh of relief....thank goodness summer is almost over!
Posted by petoonya at 10:03 AM No comments: 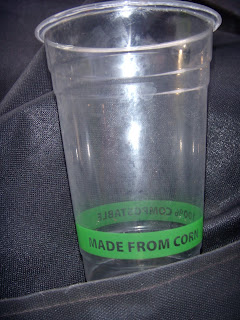 I was just about to toss this plastic cup last night when I decided to read what was written on it. I would love to tour the plant that makes corn into plastic cups. I don't know if you can read the back but it says "fully compostable." Interestingly enough, I just read an article in "The Sun" magazine today about a 90 year old Nicaraguan woman who made corn tortillas from 4am to midnight for the Sandinistas-to give them energy to fight the Contras; Esperanza says "corn is the strength that we subsist on...a person cannot work, cannot think, cannot exist without our corn." This stirs up all kinds of thoughts, like how much Reagan was hated on my college campus during the Nicaraguan conflict, heated talk over beer & cigarettes about the SNLF, and the idea of taking a raw material & turning it into something unexpected. It's interesting that this cup looks exactly like plastic, like did they have to take the "cornness" out of it so it wouldn't freak people out (because it's more reassuring to drink out of petroleum by-products), or does processed corn look like plastic anyway. Did this cup use 20 times the resources to make as a plastic one? Or, even more intriguing, did some Banksy influenced guerilla artist just print this on there, making an urban hipster hoax, to give people like me something to blog about...
Posted by petoonya at 5:31 PM 3 comments: 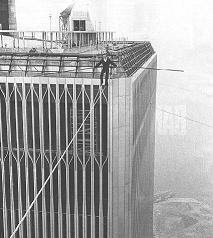 The Frenchman profiled in this documentary lives the Helen Keller quote: "Life is either a daring adventure, or nothing."
Posted by petoonya at 3:38 PM No comments: 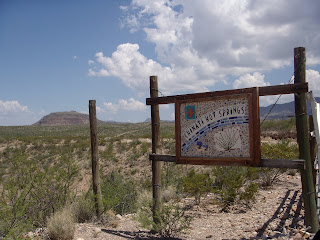 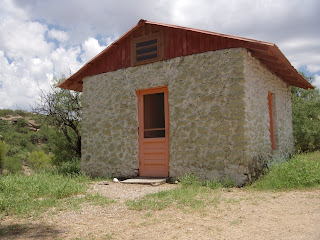 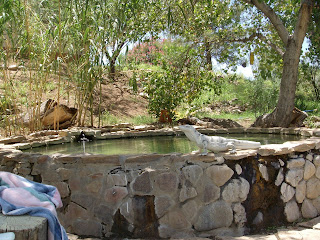 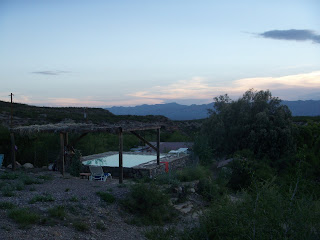 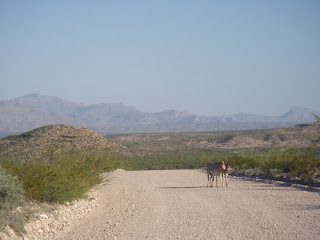 It may look like Tucumcari, but West Texas has a whole different vibe. These photos were taken in Alpine, Marfa, and Fort Davis Texas, the gateway to the Big Bend Park. I've been coming out here since '92 and consider this my "runaway" place (or "run to" depending on what's going on in my life). It's very isolated and a long, long drive from a big city. There is no Wal Mart and almost every business is locally owned. About 10 years ago I secured a contract on a house in Alpine as I was convinced I was going to move here. Now that house has tripled in price and it is still only about $120K. I have to resist looking at real estate out here because it IS so affordable, but life in this small a town I'm not sure I could swing. Alpine is the biggest of the cities (pop. ~5000), where I stay at a 1940's lodge with my dog (bottom photo). Fort Davis is probably the prettiest of the towns as it has the McDonald Observatory nearby & lots of interesting mountains & rocks. The "Sleeping Lion" rock (also pictured) was something I wanted to climb, but when I drove up to it there was a fence around it. Marfa is the most interesting of the towns - with a population of just about 2000, it has become a swanky artists' mecca - and not your dreadlocked slacker coffee shop artist, but big name NYC artists with loads of cash fixing up the derelict buildings and filling them with cutting edge art, which juxtaposes sharply with the low income local adobe dwelling population. The best part of this trip this time is that it has rained a lot - at 85 degrees F it is twenty degrees cooler here than in Austin. 85 is still way too hot for me, but that's as good as it gets for a seven hour drive. There is no traffic. There is no noise. The sky is so beautiful that I got tears in my eyes watching the violent thunderheads rolling west last night. The relief I felt getting out of Austin was overwhelming. I had gone through a couple of weeks of "negotiating" my salary with the Antarctic folks which left me feeling empty (they said "no" but I keep my integrity), so I knew I'd be recharged out here. I miss my daily yoga class, but I brought a dvd & am trying to do it in my tiny room without knocking a decoration off the wall. I also recently finished a climbing class in a bouldering gym in Austin, and I'm itching to get back to climbing, and to try it outdoors. I know this post is uninspired so I'll keep it short. This blather is just padding for the photo of the grain elevator with the dark cloud above it, which I drove the wrong way down a one way street to get a shot of before the sun came back out. Actually, the other Marfa photo (with the water tower) has a dark sky as well. As far as my personal photographic ambitions, I live for this sort of shot. When I was taking photojournalism in 1980 in college, I raced out on one of the 10 cloudy days I have witnessed in my life, and did about half my assignments. Even before the professor told us, I knew the power, beauty and color saturation of a sunless photo. I guess my second favorite type of photo is crumbling buildings, so I got photo goodness on this day.
Posted by petoonya at 5:42 PM 1 comment: