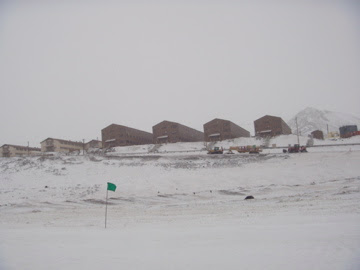 I went against one of my strict rules and looked on facebook today and saw some one's winterover pics from McMurdo. (the picture above I took in my last season). I purposely don't log on to facebook for this reason only, and it has been sad to not be able to use that interface much -it just causes me too much sadness to see it. As usual, I thought I was okay with my current life: just knitting away every day and going to yoga and waiting for it to snow so I can ski. Going on hikes and drives every day exploring the area - but a gnawing black feeling growing in my gut that I am not living my dream. It's very simple, I want to be there and not here. And seeing those photos of winfly sent me down the rathole again. There is no one to blame there is not tragedy I don't have an ailment that would keep me from going. I am now going to focus on re-homing my dog. Missing the first season was a shock and very very depressing, missing the second was having to  make friends with serious low level depression, and now that I am missing a third it just seems utterly stupid to not engage with this experience that gave me EVERYTHING. And everyone tells me it is stupid to not go, especially health professionals. It is the people I would least expect to tell me to give up the dog, but that is what they tell me to do. There is no longer a question that being able to have this lifestyle is essential to my mental health. I actually have thought I might not be able to survive if I can't go back, not without being hospitalized. I don't want that to sound dramatic - it is just the truth. This is the first season that I am not pq'd for an alt contract, so I didn't even pursue a job, deciding not to do it until Fergus passes, but my focus has been too much on just trying to figure out how long he is going to live. I feel trapped, and I did not know when I adopted him that I would find a lifestyle I loved that did not include him. I mean, parents abandon their kids all the time...why do I feel like I have to stay with this dog? I have given him a good 16 years. He was on the chopping block when I adopted him in 1998. I am sacrificing the work I love and the place I love to be with him. Where do I draw the line? Where does the commitment to an animal end when it is keeping you from following your bliss? My fear is that I hand him over to someone and then will feel guilty...but will I really? I rarely thought about him in previous deployments but knew he was being taken care of. I trusted only one set of caretakers, maybe it's time for me to open up to a whole new way of thinking. Instead of crying all the time about this and feeling like a martyr really take control of the situation and find a good situation for him. I have a whole year to do it. I just have to decide if it's going to be a home where I never see him again or if I'll re-engage with him when I get back. The easiest thing would be for him to make his transition during these next 6 months. He is not sick at all. I just know that it has come to this. My isolation an alienation in a world I don't want to live in has me working 1000% harder than I should to try and feel good about myself. It is not working. I have to do the really hard thing now. I have to make a decision about where to leave him, and be okay with it...and when I take him to his new home I hug him goodbye, I courageously turn away, and look with a fire-y love filled heart and giddy anticipation upon my reuniting with my home. 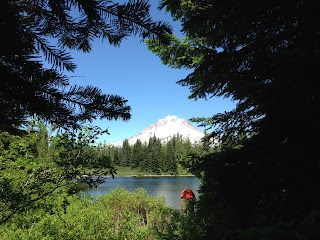 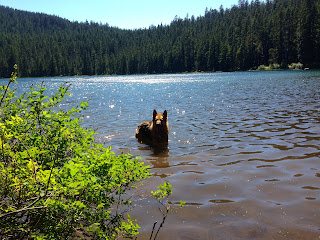 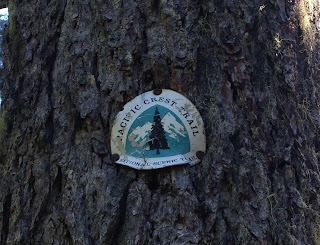 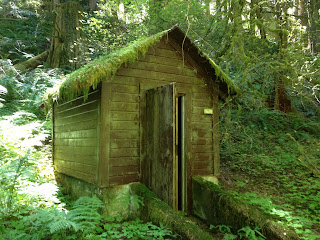 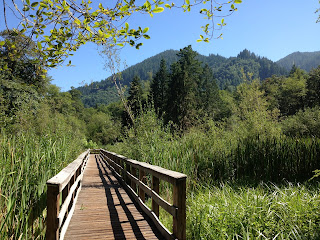 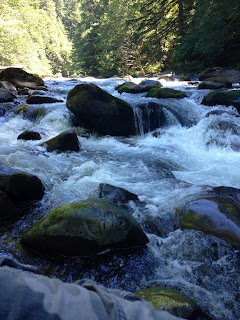 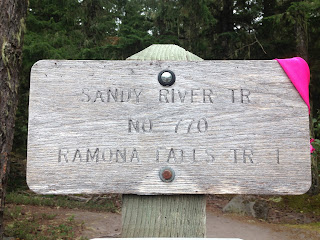 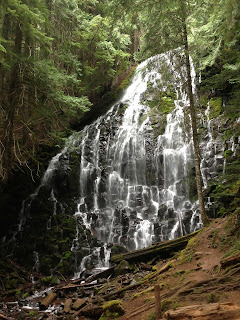 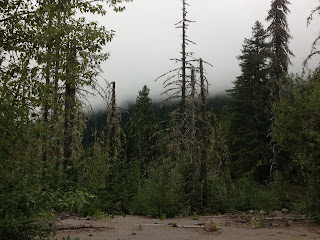 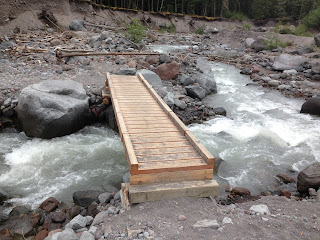 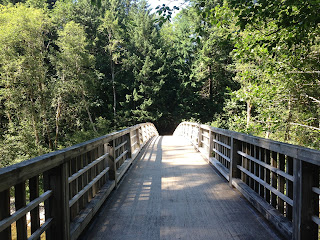 I've lived on the mountain six weeks now and it has been a very a very exciting time. I have made peace with the decision to stick it out with the dog (I think) and not go back to the Ice until he is gone. There is too much astounding natural beauty around me to justify any sort of sense that I am missing out on something. I've never really been a hiker, just sort of done it while traveling or with people I'm hanging out with that are totally into it, but now I've been going quite a bit, ticking off hikes in my big Oregon hiking book, and I always feel really proud of myself when I've done one. Finding the trail head with the goofy instructions and a non-working GPS up here is half the battle - once I've found it I'm surprised how accomplished I feel after I've completed it. I go by myself and I rarely see anyone. On a sunny day I'll go deep into a dark forest - and on a cool, overcast day I'll do the super popular hikes. I've always done a lot of walking but now I'm logging more miles per day. I also found an awesome yoga studio after not practicing for two years. The apprehensions I had about moving here did not materialize: I have more friends and closer feeling connections than I did in my previous two years in Portland. The villages on the mountain all feel like members of a family that I feel honored to be a part of. There are not a lot of jobs up here so that is challenging...but my goal to become a better skier is still a top priority, I'll just have to wait for the snow. I miss the camaraderie of working and the excitement of deployment, but I had to open myself up to the possibility that I could find contentment here. I have one last trip to scheduled to Taos this year, and then my favorite time of year will come...Winter.

Posted by petoonya at 9:24 PM No comments: