A Cabin in the Forest 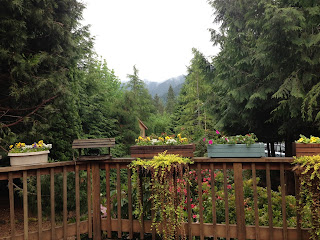 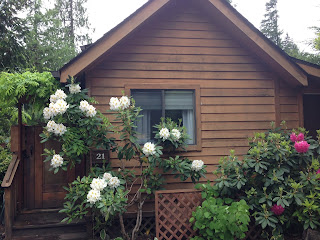 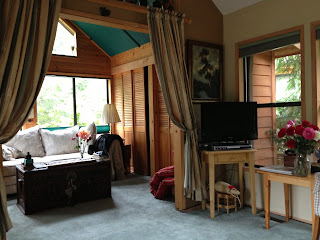 I just bought this cabin you see pictured here. It is on Mt. Hood, in a little village called Welches, about a hour's drive from Portland. I am not excited about it, but my lease was up, my dog is still alive, and I needed a "project" to focus on as I am looking at missing a third season in a row on Ice. I just found a Kiwi dollar while I was moving stuff, and broke down into tears again (Ice folks will understand). And we are entering my least favorite season where I have to battle with despair and Reverse SAD, so I decided to buy a little home because at least it's something I haven't tried yet in my continual search to find meaning on my off Ice life.

It was not an impulsive decision - I had been looking at these cabins for two months as they were so affordable and would allow me to work/ski on the mountain throughout ski season, a goal I have been working slowly towards. This one, which is the nicest of all the ones I'd looked at, just fell into my lap at a ridiculously low price, so I said yes, and then had the two weeks of psychotic fears (buyer's remorse, wanting to back out, actually driving for six days to So Cal to calm the freak out down) and now I'm prepared for the move.

The one exciting part of getting ready to go is seeing all my stuff go out of my current apartment. I was not prepared to feel this glee and sense of freedom of getting rid of my stuff. The cabin comes furnished so I am getting rid of all my stuff. I stood, after hauling a bunch of stuff to a neighbors house, with that deep inner brewing excitement and studied it and it was Freedom. Freedom! Not being trapped - which was what all the anxiety was about with the cabin purchase. I am setting myself free by having a place I can lock and leave and don't have to deal with lease signings anymore.

A kid just bought my bed so now I am sitting on the floor...as soon as I move into that cabin I am most likely going to do a really big road trip. The last one was really interesting, as long solo road trips seem to do a really roto rooter on my emotional landscape as I'm traversing the actual one. I mean, on this last trip I would go through the highest highs of excitement followed by sobbing over my steering wheel - just by listening to the random millions of thoughts in my head. I hate summer, so probably need to deal with it by enacting a scenario that feels like I'm on the lam. Hoping to get a passport stamp in this summer too. I'm moving in 10 days and it really feels like the right thing to do. I can always sell in a year if I don't like living up there. A part of me was panicking so badly over this, but it's all going to be okay...I am free, I have to keep reminding myself that I am free.