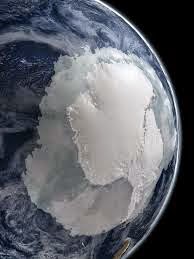 Over twenty years ago I was watching Star Trek episodes to get through a grieving process after being dumped by I guy I was crazy about. I was living in Austin, 29 years old and weary of my office day jobs and out of control partying weekends. I was also extremely disappointed in the direction my life was going: I had a filmmaking degree and had been praised a bit in college, moved to NYC  the day after I graduated with dreams of being Woody Allen and ended up in a series of low paying receptionist jobs & drinking like Bukowski. The partying became more dark and dangerous (yet I always made it to work every day in the city) and I was seeing that my life was not anything like I had pictured it to be - I felt clueless on how to guide my life in a positive direction. For some reason an acquaintance gave me an old black & white tv (people always wonder why I don't have a tv in my house). It only got one channel, and one night after deciding to dry out for a bit, I turned it on & saw a 60's Trek episode for the first time. As I watched it I felt something blossom in my heart - it was compelling in a way I did not understand yet. Looking forward to this show kept me out of the bars for a couple of months. I remember looking in the mirror after a couple of weeks of not drinking and saw my sparkling eyes for the first time in a long time. So, again in Austin six years later, I'm 29 and going through my umpteenth breakup, still partying but not nearly as hard, and hungrily watching star trek every day. And it wasn't even intentional - it just organically popped up as my heartbreak band-aid...I don't think you could rent the shows at this point so I just watched them on network...and just like when I was lost in NYC, they worked at healing my pain by focussing my attention on things that made my soul happy: camaraderie, complex friendships, a mission, a journey full of challenges, a ship full of people whose lives were filled with meaning an purpose. I did not know at the time that this was why the show grabbed my attention so completely. I just knew there was something going on there and it was trying to tell me something, and whatever that something was was touching some deep an buried part of me that would take another 14 years to crack free...

I got married and my husband also loved the show - we even went to some conventions and actually met George Takei. I never got into the later versions of Star Trek. I tried to watch them but remained a purist; they just didn't have that rawness of the original...nor the qualities I saw in the trifecta of characters in the original: the dark sides, the doubts, the uncontrollable lusts, the petty jealousies and cockiness & bravado borne from insecurities. Spock became my guru. There was a famous episode, "Amok Time" where he was to return to Vulcan to marry his intended. The human side of him was in serious tumult with the Vulcan half - and when he went back to meet his bride, she was in love with someone else because he was around and Spock was always gone. Spock still would have been able to marry her and fulfill his community's expectations, but he let his betrothed go to her love (Stonn), surrendering to the situation and staying true to his true calling. In the end to he turned to Stonn and said:

"After a time, you may find that having is not so pleasing a thing...after all, as wanting."


When I heard this line the starts aligned, all the molecules of my body lit up and the clock stopped as  my gut had received a truth it had hungered for. My dear old friend Richard came by my house while the credits were rolling (with that incredibly cheesy theme song)...forced me out of the rocking chair I had been glued to for weeks, and dragged me to a nightclub on Sixth Street and that night, I met the man I was to marry. The marriage didn't last, but the whole experience of Star Trek coming into my life at my lowest moments makes me have faith that some ancient and mysterious loving powers might be helping us in our darkest hours. Looking back, my 20's was bursting all the time with this sort of synchronicity and help. I would welcome this sort of excitement now - though I am much more able to take care of my emotional self than I used to be.

My reader may wonder why I have a picture of Antarctica up instead of Mr. Spock. Well I had written an entirely different post an then erased it. It was a long poem inspired by the line "...between midnight and McMurdo..." and I kept working it but it just devolved into my usual story line of missing the Ice and being frantic inside about this place going on without me. I had recently reached a crisis point as I usually do during Winfly time, pumping energy into all the negative feelings that surround me having to stay stateside: helplessness, resentment, sadness, despair, when I finally just told myself ENOUGH! It is time to DROP this story. I watched every Eckhart Tolle video on youtube and forced myself to live in the present and dig into my life here. It is working. My life is getting juicy again, and even though looking at that picture of the far away frozen place can take my breath away, I know that it is the wanting of it that is steering my pleasure around it. I have already had it and will have it again, but for now I can just enjoy the wanting.
Posted by petoonya at 10:15 AM No comments: